While sifting through the seemingly endlessly nested menus on my Nikon, I came across a setting that allows the camera to take multiple exposures (combining two or three shots into one composite image). We used to do this in the old days of film, often by accident (not all cameras integrated film wind and shutter lock, you know). There really isn’t much point to doing it on purpose, except for certain artistic expression or trying to fool people with “ghost” images. Nevertheless, once found the setting must be tried.

And then the camera puts them together, and we can compare this to a straightforward “single shot”: 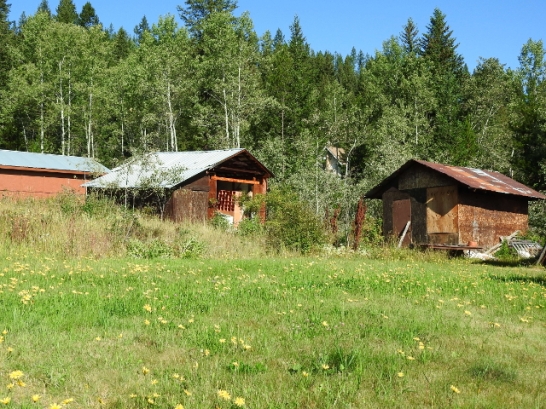 Note the composite picture has a somewhat magenta cast to it, owing to the filters not being “ideal” shades for RGB separation. But you get the idea of how it works. The camera even assembled a picture from the first two filters used, red and green:

You can see the lack of “blueness” in it, which is a strong indicator that the blue filter is the one which isn’t quite on spec because the RGB composite shows a similar lack, just not as severe.

In art class we learn that the primary colours are red, yellow, and blue. The secondary (or complimentary or ‘opposite’) colours are orange (made of red and yellow, opposite of blue), green (made of yellow and blue, opposite of red), and purple (made of blue and red, opposite of yellow). Then in photography they throw cyan (pale blue heading towards green) and magenta (pale red heading towards purple) at us, and explain it’s because light is yellow to begin with so everything has to shift a few degrees on the colour circle. Different shades of yellow too, depending on the light (the all-important white balance). Gee, did someone mention ROYGBIV – the seven visible colours of white light? Yeah we get in trouble picking which shade of Indigo or Violet we want to call purple. Oh and along comes the age of colour TV & digital imaging and suddenly we’re supposed to understand that because light is yellow (especially artificial light) we have to make colours from red, green, and blue instead. And this doesn’t touch on infrared, near infrared, and ultraviolet – which aren’t visible to us but are to our cameras.

Confused yet? If you are, you’re learning.