Friday I needed to go in to town. By the time I got to the main road I was feeling like a cured ham due to all the smoke. In fact BC managed to grab the honours for “worst air on Earth”, with the Okanagon area coming in with an Air Quality Index of 415. That’s “extremely dangerous”; roughly the equivalent of sucking the exhaust out of a semi’s stack under full load. We’re doing much better here with about 100 points less than that which puts us in the “very unhealthy” category.

I started out with fairly clear air when I left. Sucked down fumes through my whole trip. Then came back to a lake full of precipitated particles – which have yet to go away. There’s no promise of rain in the forecast, but possibly more lightning which could start more fires. Of course it’s a holiday weekend here, and lots of morons are heading out for some fun in the sun. Despite roads being closed, trails being closed, campsites being closed, evacuation zones being closed, and of course the whole bloody area being full of damn thick smoke. They’ll go anyway and think it no end of fun as they light their illegal campfires and send more of our province up in flames.

Halfway through “fire season” and we’ve had more fires than the average for a whole one. Also set a record for “wildfires of note” (the ones that endanger people directly). I wouldn’t be surprised if this year surpasses the nightmare of 2017 in terms of total area burned and/or damage done.

What does it really look like? I set the Nikon on “daylight” and snapped a shot (no alterations, colour correct, resulting image pretty much what you’d see in person):

I’m doing nothing. The air isn’t fit to breath. I’m too old and too broken-down to deal with this stuff. A HEPA filter and N95 masks are no match for it.

Is my sight getting any better? I can’t tell because the world around me has gone into “soft focus” with lots of real “floaters” obstructing the view.

Side note: for some reason I grabbed the Olympus E-410 when I was home. The first picture is taken with that. I don’t think I’ll be doing any photography any time soon, but I have some prepared from this past week before things really went wahoonie-shaped. I’ve been thinking a lot about what equipment I have (four DSLRs with five different lens systems between them?) and will remark on that at a later date.

Saturday evening walk around the yard pointing the camera in different directions. All taken in less than 5 minutes as the latest thunderstorm rolled in. 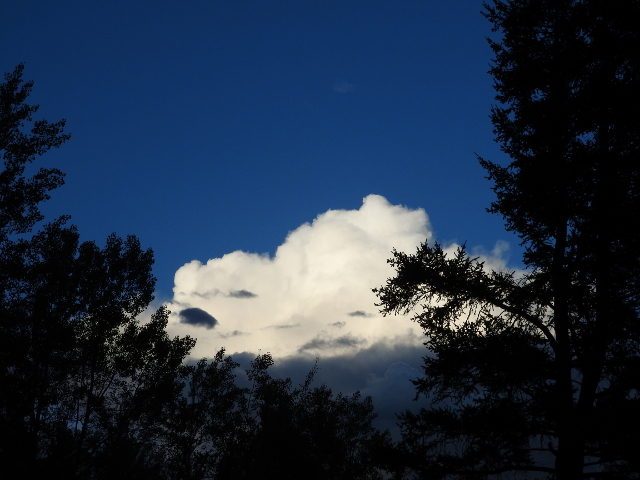