A week later than it was supposed to, and just in time for the weather to turn against me. Trying to take preliminary shots with it for a try out is thus a challenge. But first, let’s address some of the “issues” mentioned in some others’ reviews.

One person wrote that it was “awkward having to hold the camera up to your eye”. Uh-huh. Unlike the several million cameras in history that you have to hold up to your eye? Or maybe it’s less awkward to hold it 18″ from your face while the sun beats down on the LCD display so you can’t see anything? I guess he missed the part where the display on the back of the Lumix also works for viewing, and automatically switches to the eye-level finder when you put your face to it. Another reviewer praised its eye-level finder, and I’ll go with that one. The only odd thing I noticed about it is a kind of lag-and-blur when moved rapidly, which isn’t an issue unless you’re shooting something moving.

A common complaint is that the instructions aren’t clear. Hmm. Which ones? English, French, or Spanish version? Maybe not the best example of technical writing (none of them are), but patience reveals what you want to know. I think some people are just in too much of a hurry and want to instantly transfer the entire content of the IB to their brains like downloading a file. Sorry, can’t do that. Not yet. Heaven help us on the day that we can.

While we’re at that point, let me say the first “problem” I noticed is that this camera has a lot of features. Typical of the genre, and to my way of thinking this is a mistake. It tries to do too much, and whether or not it succeeds is ultimately up to the user. A good user can make a limited camera do a lot, but a poor user can not be saved by a more complex camera. It’s what we call “too many variables”. For me, I know that a lot of the Lumix’s functions will be left untouched – as is the case with all my cameras. Not just movie mode either. And shall I repeat my mantra of the need for dedicated controls? There’s a nice “control ring” on the front of this machine that can be used to adjust various settings. That is, once you figure it out. I haven’t yet.

Nor have I had enough time or daylight to give this camera a good test run. It seems in the 3 hours it took to get the battery charged the sunlight ran away and there’s little promise it will return any time soon. Some of what I did shoot revealed a few things I don’t like. Mostly the controls lack intuitiveness, especially in the menu system. Well that’s the #1 failing of them all, isn’t it? Practically the trademark of cameras designed by not-a-photographers. Still, you can work around it. Once you have your camera set the way you like, how often do you really change it? You that is, not me; I change things a lot in my experimenting. In this case I don’t expect to make a lot of changes as this is chiefly meant as a carry-it-with-me-in-case-I-see-something camera.

Now what failings in operation have I found already? There is some noticeable distortion in the widest view, whether near or far: 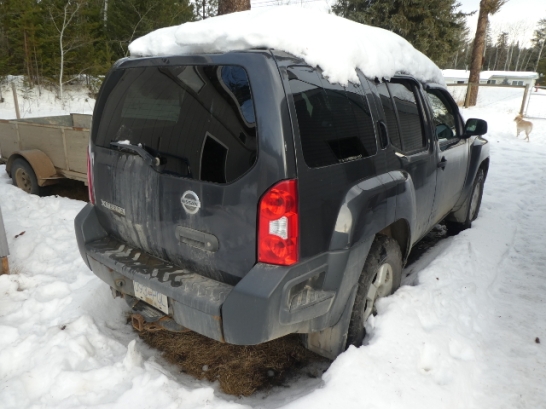 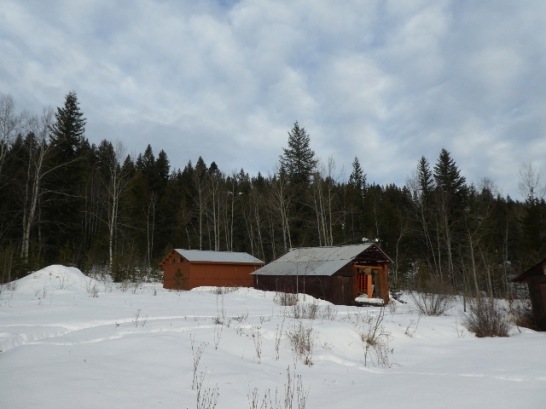 You can see the ‘bending’. The widest focal length is listed as 24mm equivalent in 4:3 aspect ratio (it has others, including 1:1). Really should not be seeing so much distortion at those numbers. I have other cameras that manage such a wide setting without it.

It does not handle the cloudy conditions well. Not only is the white balance wrong (even when set to ‘cloudy’ or ‘shade’ – never mind automatic), the exposure is consistently 1/2 stop under. This can be compensated for, but until I see some full sun shots from it I’m not going to. “Set and forget” is the watchword, and I’d rather have to spruce up the occasional underdone shot than live with overexposed ‘normal light’ images. Also the contrast seems a tad low on all the pictures, even those taken with flash. I was so surprised by this that I checked to see if it was my computer screen failing. Nope; other cameras produced crisp pics as usual.

The biggest disappointment came from pixel peeping, a practice I don’t ordinarily do. I wanted to see how sharp the famous Leica lens was. Oh dear, look what I got:

Now, is it as good or better than the Kodak V1003 it’s meant to replace? I don’t know yet. I need to try them side by side in decent light and at the moment the weather is not conducive to taking pictures. Or even walking around for that matter: we’re at the temperatures where we have melt water on top of packed ice and it literally isn’t safe out there.

In fairness it is possible to take a halfway decent picture with the Lumix: 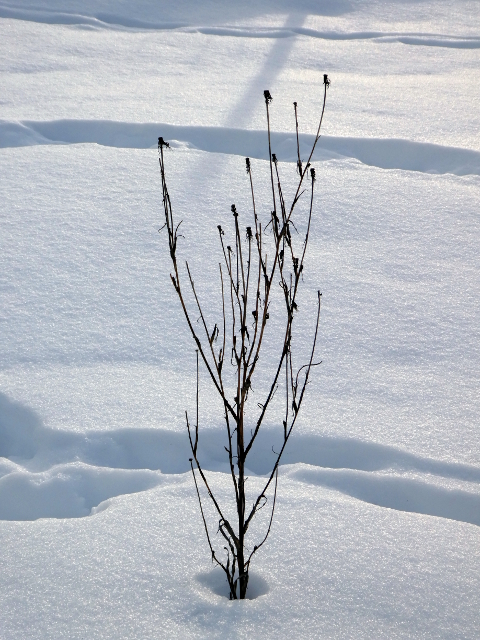 But frankly it’s not off to a good start. I’m sure it will suffice, although I’m also thinking a Canon Elph would have done for about 1/2 the money.

I have since come across a deal on a Fuji X-E2, and am reluctant to buy it because of the disappointing results of my last two camera purchases. I suppose I should be glad I didn’t spend Sony Alpha money to be disappointed.

5 thoughts on “The Lumix has landed”