The day is here, and here is the day: I’m unwrapping no presents and eating leftovers.

No, I’m not some poverty-stricken derelict who’s poorer than Bob Cratchit. We don’t really “do” Christmas in our family, because it’s a holiday for Christians. Or at least it should be. The way it’s been commercialized is absolutely sickening, and if Jesus were here today he’d be going into the malls with the bullwhip. What sort of society have we built where everything is about money? Even the charities get in on the game, with most of the donations going to “expenses” rather than actual needy people.

Strangely enough I’m a charitable guy. Not just the hundreds of cameras I gave away (that story is getting old, I know). This year there were a couple of local tragedies, and we ponied up because it was real need ‘right next door’ so to speak. Today I’ve heard our Prime Moron tell us it’s the season for giving, and I’m forced to wonder why there is a season for that. If you’re going to call yourself Christian, or even human, then the “season for giving” is whenever the need exists and that is all year. Anything less is just balm for your own ego.

And what about my own desires? Surely they exist? Yes, they do. But the things I want are impossible. For example I’d like at least some of the idiocy in this world to go away. No, seriously. “Peace on Earth” is not just ‘the thing to say’ because it’s expected of us: I really get frustrated and aggravated living in a world run by morons who think wind turbines emit fumes or the world is flat or climate change isn’t real or vaccines cause Autism. I’ve got a head full of education and it turns out to have been a complete waste of time, effort, and money. I could have skipped it and been stupid like everyone else and not be so upset over their idiocy.

Then there are the tangible things I’d like, which also don’t exist. Like a reasonably priced 32mm lens for the Canon. Okay, you knew that was going to get worked in here somewhere.

I look at a lot of things that do exist, and tend to dismiss them. Would it really bring me pleasure? For how long? Enough to justify the expense? Usually they don’t meet the criteria, and often because they come with extra ‘features’ which add to the price but not the product – or even detract from the product.

The truth is I’m too old and too worn out to fight battles anymore. I’m not sure the younger generations will be any better at it either. After all, my lot made huge strides in improving the human condition – only to see much of it reversed under the guise of making things better. We even get blamed for it, even though there aren’t so many of us these days. Okay boomer? Stuff that. We were the greatest generation; do not judge us by a handful of bitter old morons who somehow have been allowed into power and are working hard to undo all the progress we made.

After today things will not be much different. That is true of every day. Maybe I’ll check the post-Christmas sales and treat myself to something inexpensive and largely useless but mildly amusing. Or maybe I won’t. For me there is both no future and a future, and the future is largely the same as the present – but not at all as good as the past.

Someone wrote about leaving your mark on the world. Well if I haven’t by now I never will. I suspect in my case it’s more of a smudge than a mark, but at least it’s not a stain. 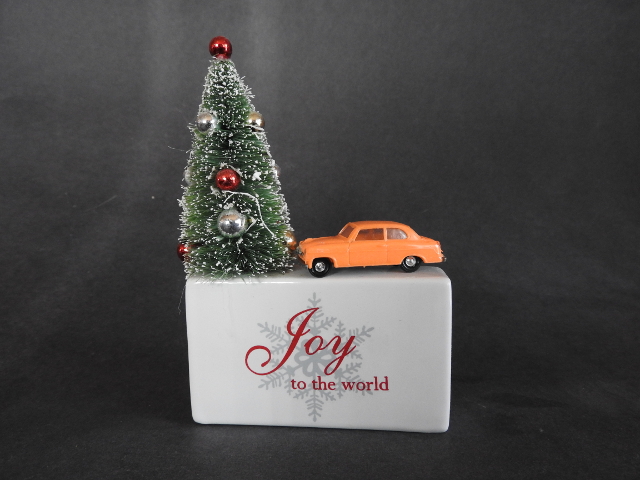 5 thoughts on “So this is Christmas”