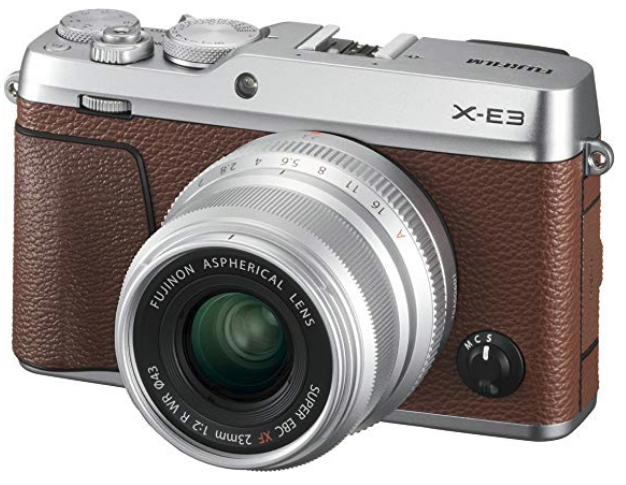 This is Fuji’s X-E3. It’s a beauty, eh? Nice ‘retro’ styling like a 35mm rangefinder camera from the 1950s. It also has some pretty impressive technical specifications like a 24MP sensor and being mirrorless (yet having an eye-level finder, albeit an electronic one). And Fuji has a well-deserved reputation for build and image quality. Good all around, right?

Well I like it, but this image is of a “shop worn” “warehouse deal” which even though heavily discounted in price is still twice what I paid for my Canon DSLR! Frankly I’d have a hard time justifying that money even if it were to be my only camera. In fact as such it would be a worse value as it certainly can’t do all the things any one of the four others can manage, much less what they all together can manage. What’s more, this has a single fixed focal length lens: additional lenses mean additional money, to the tune of “more than I paid for my Canon” per each.

Now if I were to go around buying cameras on a basis of how artistic the styling is I’d soon run into two problems: I’d have no room in this house and I’d be broke. No, three problems as I’d probably be divorced as well which would make storing the cameras even more difficult what with being homeless on top of everything else.

In fact you could say I’ve just gotten away from that problem last year with the forced dispersal of my accumulated massive collection of film cameras. That was not so bad as I couldn’t use most of them today anyway, and in fact hadn’t been able to in many years due to the unavailability of film. Digital cameras don’t suffer from that (except in the case of certain early models with proprietary memory systems), but the question “would you use it?” is still valid.

When I look at these shiny toys the only honest answer to that is “no, not a lot”. But I also have to admit that if the price were low enough I’d probably do the stupid thing and buy this one. And possibly some others.

In the meantime I’m waiting for the weather to get better and taking shots like this with the Kodak V1003 which owes me nothing: