I bought this camera for three reasons: 1). it’s ‘waterproof’ and I thought I might have some fun with it at the lake; 2). the LCD screen on my venerable Kodak V1003 ‘take everywhere’ camera is fading into oblivion, and; 3). it was on deep sale, being a discontinued model. Now it looks like I may never see the lake again (talk about a series of unfortunate events), the results from it aren’t as good as the Kodak, and this may have been a waste of money.

Let’s talk about its features. It has a lot of them. Pity most of them aren’t much of an aid to making good pictures. This thing is a toy: it has all sorts of tricks it can do for people making party pictures, but comes up quite short when taking serious shots. The results are low in sharpness and contrast, it’s very ‘cool’ on the colour spectrum, and it doesn’t handle difficult lighting well. 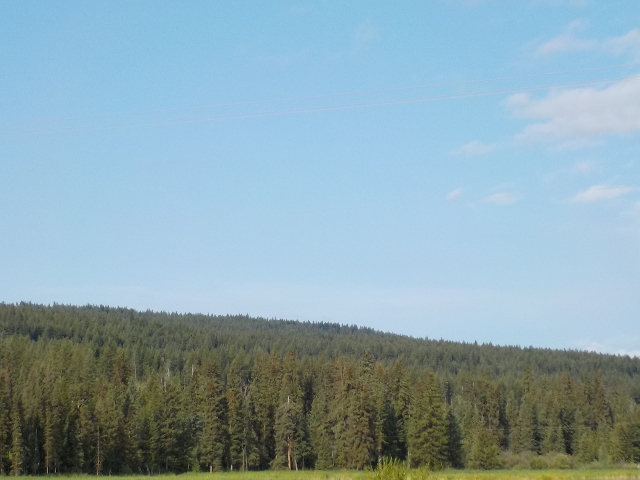 Now, I could go to work on them and snap ’em up a bit – but that would be cheating. Frankly the Kodak does better right out of the camera. Some of the softness in the W100 pictures is due to the lens being hidden behind a piece of glass as part of the waterproofing, but still … It’s got 13 MP to work with and it should be snappier than it is. Not horrible, but definitely disappointing. 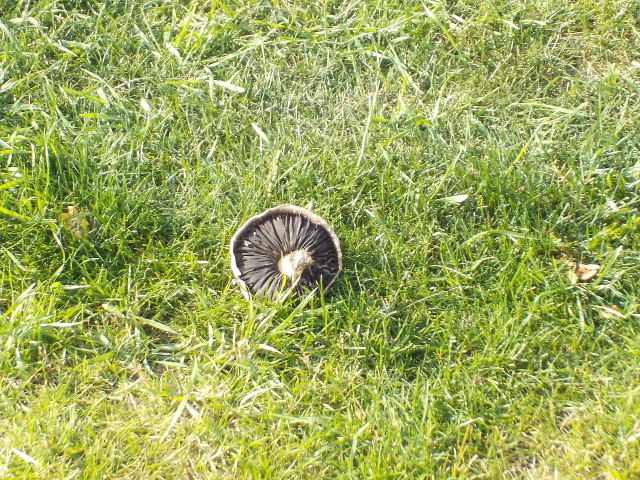 These were all taken in the morning, but not that early; the sun had been up for over 3 hours already. Yes we have a UV issue here at 3200 feet above sea level, but this is just not that much of a problem for any of my other cameras. See the bad job it did on the green grass around the toadstool? Can’t handle the high-contrast light, and this is a sensor which definitely favours blue-green. You can also see in this shot how much trouble it has with sharpness. Note the full size images are 4160 x 3120 and look even worse. 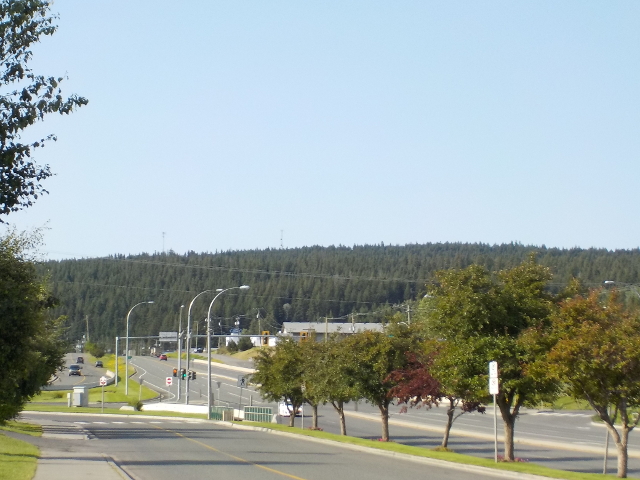 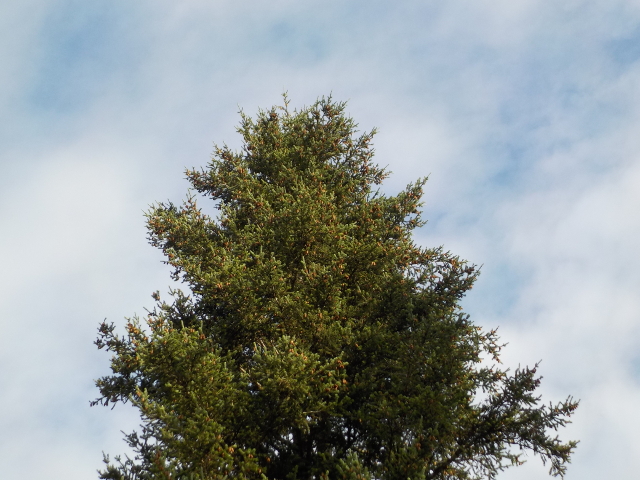 The street scene with the more medium-distance subject matter is better; less haze in the way which helps the sharpness. And that needs all the help it can get. The pine tree was more even-lighting than the toadstool and is … fair. Really ‘fair’ is the best results I have gotten from this camera.

Again the more medium-distance subject of the trucks (a rare 1960 Mercury pick-up hiding back there) works out better. Far and near shots are difficult for the W100. The clouds … well you can get away with fuzzy clouds because they don’t really have sharply defined edges.

Perhaps Nikon slacked off on this model thinking it was only for people party pictures. That would explain all the built-in ‘effects’: if you’re going to purposefully muck about with your images it doesn’t matter how good they are to begin with, right? Oh I also shot some movie footage with it. Yeah that was a laugh too.

On the whole not only does the Nikon W100 not live up to expectations it fails to equal the quality of the cheap old Kodak V1003, and frankly I have to say it is not a suitable replacement for it. I may have to buy another camera. Although I think I’ll wait until it becomes impossible to use the Kodak at all.