Categorized as a ‘bridge camera’, it certainly fits the bill. It’s surely not as compact as my Kodak V1003, but also not as bulky as my Canon T100. It can do some of the things either of them can do, not do some others, and do a few things neither of the other two can manage.

For example, here is a picture of an old 1947 Pontiac car down over an embankment that I took one day with the V1003. Its meager zoom maxed out, I even cropped it a bit to get as much of the frame filled with the car as possible: 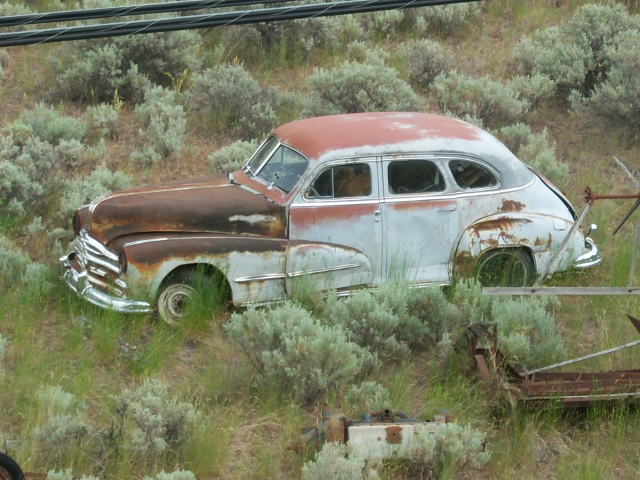 I reshot this on my recent trip down that road, using the Nikon. For the P610 it was a doddle:

No cropping needed, and it wasn’t anyplace near the limit of its zoom capacity.

Some things I’ve found nested in the menus of the P610 included better colour temperature handling than the Canon T100 has, although the settings aren’t that easy to find. But there is a menu choice with increments from 2500° K to 10,000° K! Of course you have to push a few buttons to get there, and know what it means when you do. Customizing the Nikon has its limits, and the main one is remembering where the settings are and what buttons to push how many times to change them. Frankly it’s about as inconvenient as possible, short of demanding a separate computer interface to achieve the adjustments.

But it can take some very good snapshot photos, such as this: 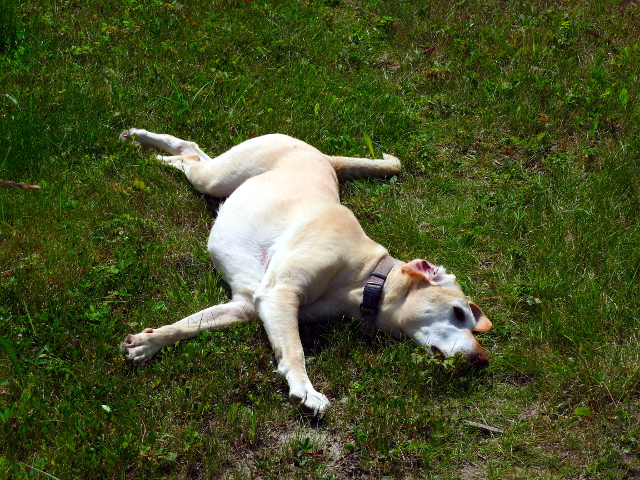 (I tried the ‘normalize’ function in GIMP on this photo, but Marley is still a silly.)

You can also get down to the smaller life forms with a simple adjustment of focus range: 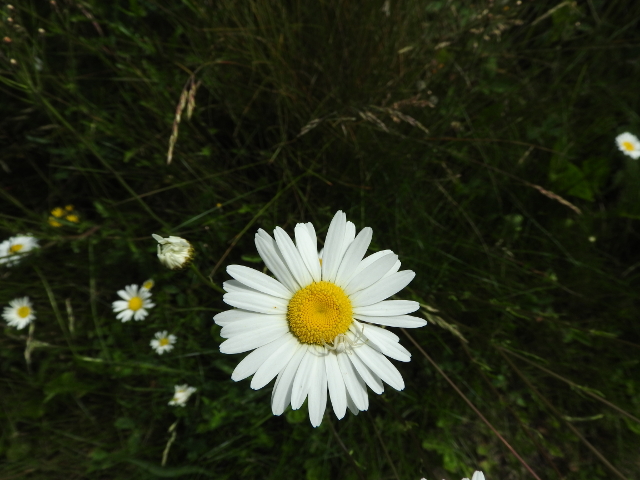 Can you see it? A crab spider occupying the daisy. The wind was blowing fairly strong when I took this so composition is a bit haphazard.

But of course the Number One reason I like the Nikon P610 is this:

Both taken from the same spot. Both uncropped. The first one is fully wide, the second one is fully optically zoomed. You may have a hard time figuring out where that 1955 Chrysler is in the first shot, but it’s in there.

One thought on “What I like about the Nikon P610”