I can’t say I’m happy with the results of this experiment. I’m not surprised by it either. It’s somewhat unrealistic to expect an extremely simple 2 megapixel digital camera with zero settings variations to produce anything other than … well, what it did in fact. Simple, slightly blurry photos. The first failing is the utter impossibility of seeing the screen in broad daylight; I was basically shooting blind with every frame. The second failing is the lens obviously isn’t that sharp. Third, there’s nothing to adjust. But here are the examples. Proof positive that cell phone cameras have improved immensely. 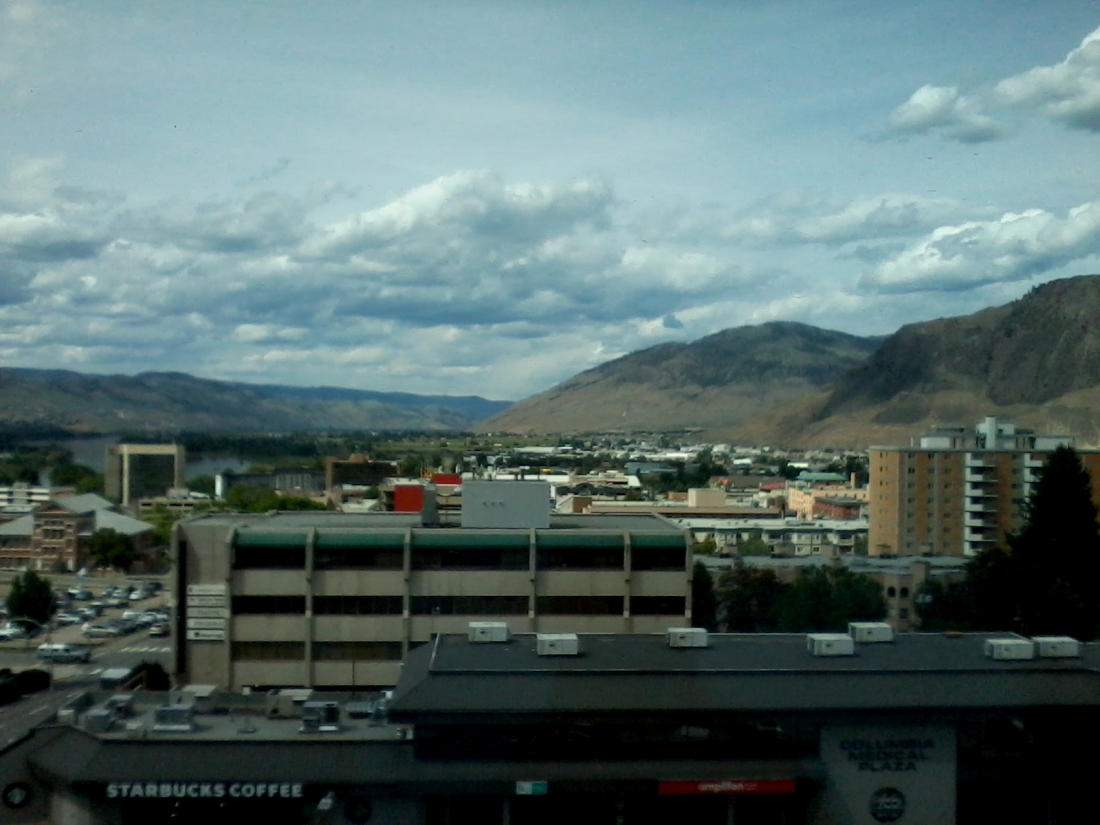 This is the image that triggered the experiment. It has tone, but you can see it’s fuzzy. The colours are fairly close to what reality was that day. A bit on the blue side perhaps. 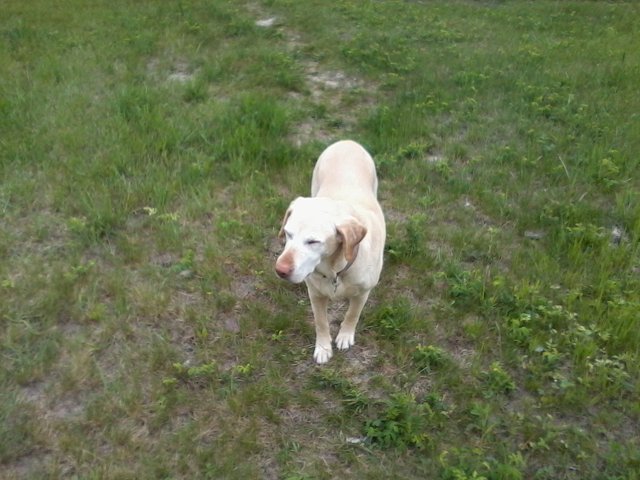 Here’s Marley doing her part for science. Notice how washed-out her coat is, despite the fact it was cloudy when this was taken. Generally good colour otherwise, but again not sharp.

Sharpness fails miserably here. You can’t get close to the flower. Green is okay, but the wild rose is washed out.

How many times can you polish a lens before you realize it isn’t going to get better? Okay for those snapshots that say “look what I saw” but not for much else.

Again the colour is pretty close (its failing seems to be in the red spectrum) and again the sharpness is not to be found. Is there any hope?

Well, yes. If you pick a subject that doesn’t have the ‘wrong’ colour to it and don’t mind the soft-focus effect that can’t be avoided. Dreamy clouds and lake; a picture almost worth looking at.

Last shot, with perhaps a more interesting composition. Perhaps not. Anyway I won’t be using the ol’ Samsung for serious photography. Even if I do want lower resolution, I can actual ‘dial down’ the Nikon to 8, 4, or 2 MP – or even set it at 640×480 to begin with.